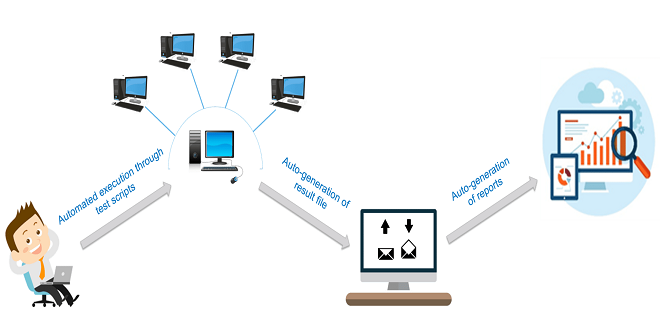 For instance, modern apps have thousands of elements that need to work smoothly at the same time. So, determining this functionality is almost impossible with complete manual test cases. Due to this trend, many experts believe that almost 60% of app development companies have already begun to transition to automation testing.

However, there are various factors the new developers must keep in mind while implementing automation testing with Selenium.

So, in this article, we’re going to discuss everything that you need to know to implement automation testing with a Selenium test suite. We will also discuss some of the best practices tools and platforms that can help the developers to utilize the most out of their automation test bench.

The Basics of Automation testing

Automation testing is a very simple process as the name suggests. It is the process of automatically executing the test cases without any form of human involvement. Since there isn’t any form of human involvement, we can say that automation testing is completely devoid of work time restrictions. The app development companies can run the automation test cases 24 hours round the clock. The test file of automation testing consists of a lot of predetermined parameters that the system will use while executing the test cases. These test files also consist of a lot of random data to analyze the user interaction capabilities of a modern application. It is also worth noting that the developers can make changes in these data forms according to the project requirements.

Currently, the developers can use various frameworks like Selenium, Cypress, and playwright to create automation test cases. While on this topic, we would love to mention that Selenium is the current market leader that is dominating this segment for almost a decade now. We will learn more about Selenium in the later part of this article.

Selenium is an open-source umbrella project that consists of different tools necessary for executing automation testing on web applications. It is worth noting that all the tools present in the Selenium test suite will help in different stages of the application testing process. During the initial release, Selenium was known as a JavaScriptTestRunner. The reason behind this unique name was that this test automation tool was based on this popular programming language. Since its initial release, Selenium has presently gone through four major updates to massively improve the user experience. It currently offers various features that not only improve the efficiency of the test cases but also help the developers to add new quality features to the application.

While on this topic of Selenium it is worth noting that the major drawback of Selenium automation testing is that the developers can use this test suite to only verify the proper functioning of web applications. Considering the variety of applications that are available in the current market, these restrictions can massively limit the development capabilities of a company. Now that we’re finished understanding the basics of Selenium it is time to have a proper look at all the major tools present in this test suite:

The Setup process for Selenium

Let us discuss the setup process for using Selenium and writing your first automation test case with it. The developers just have to follow the simple steps given below:

Role of Tools and Platforms in Selenium Testing

Since Selenium is a test suite consisting of multiple different tools it can be highly confusing to developers who are new to this industry. Out of confusion the developers and new testers can make various errors that can massively slow down the development process. To solve this process there are various automation tools and platforms that are easily available in the market. Each of these tools is unique as they aim to serve a specific purpose during the application development lifecycle. So, the developers need to choose the correct tool that can satisfy their requirements. For instance, LambdaTest is a tool that helps developers to use cloud testing for eliminating the hassle of maintaining a physical device testing lab. Let us learn more about it:

The current device market is so diverse that it is almost impossible for developers to maintain it. This is because it is not only very expensive but also thousands of devices appear in the market annually. So, to avoid this headache various developers simply release the final application after verifying its performance on only different emulators and simulators.

However, one thing that the new automation testers have failed to analyze is that emulators cannot simulate the physical specifications of a device. This means while using an emulator it is not possible to understand the behavior of an application due to low battery, slow Internet, or a broken screen. So, the most economical way to solve this problem is to integrate a cloud platform into your test bench.

While using LambdaTest, the developers can use test automation scripts from multiple frameworks like Selenium, Cypress, and Playwright. Since this article focuses on Selenium testing, it is worth mentioning that LambdaTest can execute the Selenium automation test scripts on more than three thousand different browsers at the same time. LambdaTest also has various attractive features like parallel test execution to improve the efficiency of the test cases by almost 15 times. This platform can generate highly accurate test results by combining multiple reports from simulators, emulators, and real devices.

However, it is also worth mentioning that the initial expenses of introducing automation testing are quite high. So small companies and individual creators must analyze their business perspectives before jumping into this opportunity. Moreover, automation testing is a long-term investment, and it will not generate quick results. So, the app development company should hold frequent seminars regarding all of these factors. Lastly, app developers need to realize the role of proper tools and platforms in Selenium automation testing. 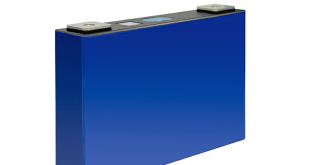